Make each low point you have, worth the pain

The view I have developed of the world is a one that is always in chaos. Thus, it is as important to cherish & be grateful for the low points in this rollercoaster I believe life is.

This is how I ended up believing that winning every time is not a good thing as well. Sometimes, just a minor reality check through a failure, helps keep you level-headed in the game. A disrupting incident in an otherwise stable period.

Stress sometimes get the better of us, making options that help you forget reality quite logical. The more high-performance your routine, the more likely you'll find yourself burnt out, spiralling towards this.

I'm not just talking intoxication here; this could be anything that momentarily takes your head out of the game. For me, it used to be bing streaming - getting lost in stories of others to forget mine. And while that may not be wrong in helping rise over the tide, I'm still doubtful about how sustainable it actually is. Good or bad - I want to be a part of my reality - be it experiencing or enduring. The punches are going to keep coming, so might as well focus on levelling up your endurance index each time.

For me, what works best, is describing these suffocating instances in life, where most things seem like they're falling apart - as "phoenix moments" since they feel like they burn you into nothingness, but given the right amount of courage & relentlessness, they force you to rise as a better version of yourself.

Looking back, on somedays, these very moments will be looked-upon as the "life changing" or "character building" crossroads in your life, you'll be grateful for.

Instead of capping this to moments from famous lives, I'll be sharing an anecdote from a friend's life since I'm certain about the truth of it.

I had a friend in college - Ansh, who wanted to pursue some interesting Computer Science (CS) courses such as networking, algorithms, cryptography etc. but since he'd enrolled for a Bachelor's in Civil Engineering, each time, he'd always be ineligible for these electives. Semester after semester passed by, begging the Professors for just 1 shot at them. In semester 6 (out of 8), he finally got allotted a course on Computer Networking but the next day itself, he received an email from the Professor that since he'd missed out on some basic CS Courses in the previous semesters, his registration was disqualified, and frankly, just a lucky mistake. So he would have to drop the course.

From the perspective of a 21 year old, who'd been always dealt with these cards, irrespective of the excellent profile he'd managed to build over the past 2 years of intensive application based learning, the declaration was suffocating since this put not just the chance of a minors in Computer Science in question, but the very aspect of graduation in jeopardy, since a massive credits defecit had mounted up, as Ansh would continue waiting for this courses, semester over semester, not settling for anything else.

We've all been there - the feeling of our world just crumbling down. Heartbreak, disbelief, loneliness seem to strike the worst then - sometimes all at once, making it difficult for us to focus & deal with such conclusive-seeming setbacks. Demoralized & directionless, he started experiencing a slump in performance at his internship & a general disinterest towards pretty much everything. Nothing seemed to make sense. All those efforts gone in building a powerful enough profile that seemed eligible, feeling just so futile. Classic phoenix moment.

But here's where the power of will comes into play. Instead of staying grounded after the punch, Ansh rose up to fight. He started talking to other friends who faced similar problems, regarding course registration & once enough feedback had been registered, he started working on a web-app that would make it easier for students to be self-aware about their academic choices, right from when they joined college.

The mission was important & the passion, undying. The code was brilliant but he was running behind his launch date by a good 30 days. He once again started questioning whether it might work at all. The final day for course registration for students neared. Ansh's workload has also skyrocketed through the roof. Only a weekend remained between him & this all going to nothing. He chose to battle this out since whether he won or lost didn't matter. He just didn't want to be down the path where he regretted not having tried his best.

36 hours - wired in. Everything blurred away. Bug bashes, server fires, failed requests - all the punches kept coming. But by now, he'd gotten used to the mishaps & gratefully embraced them with a rush of adrenaline & a rebellious reply.

Be like a cockroach. Very hard to kill
~ Paul Graham

The pilot launch drew in 2500 students, out of which around 50 or so, thanked him personally, for solving this problem. Professors from CS Department approached him to understand the working & offered their support in taking the solution further. He'd recognised his moment & lived through it with sheer will. Sleep came with a lot less restlessness after that.

Take up the story of any successful person. You'll realise how they chose to rise from their phoenix moment in the most relentless way & build their legacy

The importance of the fire

When things seem tough, let willpower guide you & not instinct

The best part about such a moment is that you stand at an important crossroads here. Between good or bad. Difficult or easy. Adventurous or safe. Since you're most vulnerable at such a point, you have to be most careful about what you pick. There's a high chance it might get ingrained as a core, basic trait of you - which becomes very hard to change later.

So whatever you choose, make sure you've absolutely thought consciously about it. Can be as simple as not opening that time-draining application, or that pack of cigarette. Constantly just fighting instinct with actual willpower. It'll be tough and painful, trying to control what your reflexes force you towards, especially since you're hurting. But its worth it.

If you're already burnt, might as well make a bold bet . What more could you lose ?

2 things that I've found pretty helpful to deal in times like these are :

This is all I had to say about these really pivotal checkpoints in one's life. All we have to do is - "consciously decide" - when navigating through these.
The more of these you encounter, the more you'll be grateful for such moments as they're often the best teachers

“When you come out of the storm, you won’t be the same person who walked in. That’s what this storm’s all about.”
~ Haruki Murakami 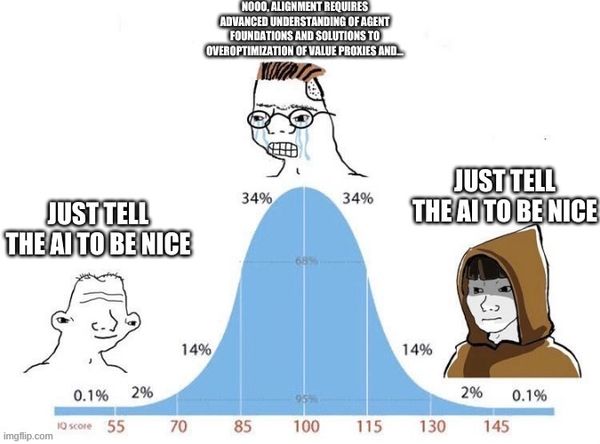 An explainer on when to use which ML algorithms